Las Vegas is famous for many reasons, but perhaps the most delicious reason is the amazing cuisine. The city’s streets are lined with world-class culinary destinations run by chefs that have mastered the art of food. Those who call Las Vegas home are lucky enough to live in a city that is known worldwide for its diverse and unmatched food scene.

Chefs that have basked in the limelight on TV and shared their gift via magazines and food blogs have begun to call Las Vegas home. Below are just a few of the top Vegas restaurants started by celebrity chefs: 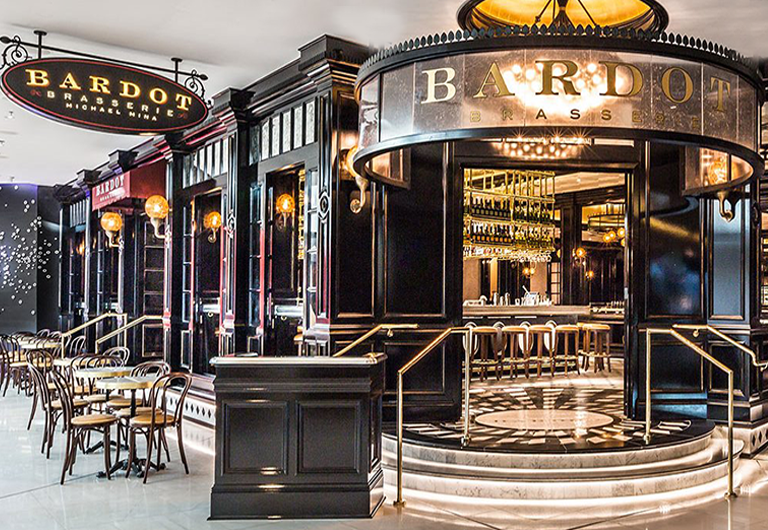 Michelin-starred chef Michael Mina has restaurants all over the country, but his Las Vegas restaurant is truly special. One of the best Vegas restaurants, Brasserie Bardot in Aria embraces traditional French fare with a modern twist. This gorgeous culinary destination is decorated with plush interiors that reflect the decadence of the Parisian dishes. From steak tartar to brunch champagne flutes, the menu echoes the alluring sophistication of a brasserie in France – with a Vegas twist.

Located in the Delano, Rivea has become famous for its international flavors and colorful dishes. Rivea utilizes regional and local ingredients and techniques inspired by those found in Italy and Southern France. As if that wasn’t mouthwatering enough, Ducasse also put a California spin on the menu, creating a set of flavors that are truly unique to Rivea. The flavorful menu isn’t the only thing that attracts diners from all over the world to Rivea. The view from the top of the Delano will enchant you, creating a delightful experience for more than just your taste buds. 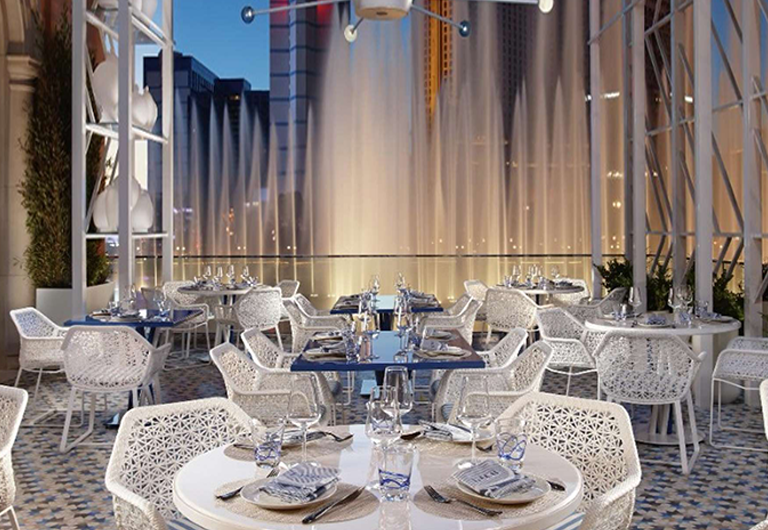 Located inside the Bellagio, Lago features Italian small plates by two-time James Beard award-winning chef, Julian Serrano. Serrano is known for his acclaimed Spanish fare and created Lago to bring the idea of tapas, or small plates, to Italian cuisine. The delicate dishes of Lago pack impressive flavors and foodies come from all over the world for their taste of the menu.

On the more casual side of the spectrum is Guy Fieri’s Vegas Kitchen and Bar. Having gone to college at the University of Nevada, Guy Fieri has always had a soft spot in his heart for Las Vegas and casual dining. Located in the LINQ, his restaurant serves up hearty American entrees in a relaxed, fun, bustling environment. Perfect for weekday lunches, weekend dinners, and everything in between, Guy Fieri’s Kitchen and Bar takes casual dining to new heights.

Gordon Ramsay is one of the most famous celebrity chefs, as is his restaurant in Las Vegas, Gordon Ramsay’s Hell’s Kitchen. Fans of the TV show Hell’s Kitchen will appreciate Ramsay’s sixth restaurant in the city since it replicates his studio set and embraces a TV-show-style atmosphere. The menu lets Ramsay’s Michelin-earning talents shine with dishes like Beef Wellington and Lobster Risotto. 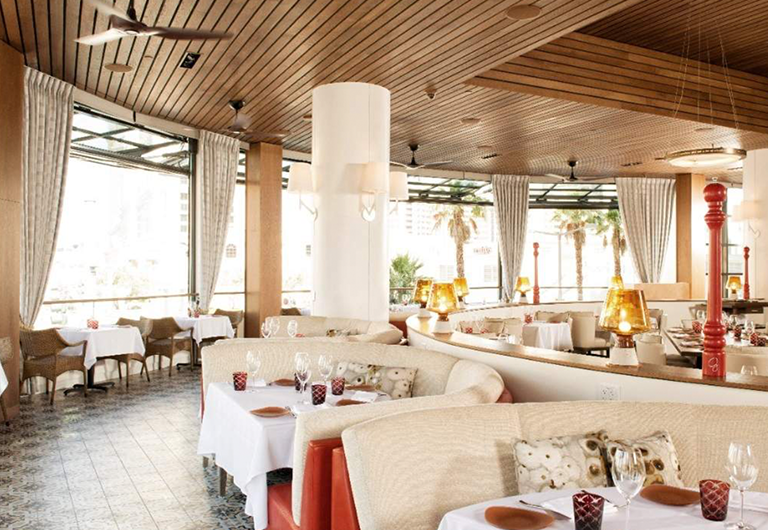 As Giada de Laurentiis’s first restaurant, Giada has become a huge success since its opening in 2014. This famous Las Vegas restaurant is located inside the Cromwell and features a flavor-packed menu and luxurious decor. An open kitchen lets diners in on the chef’s techniques and makes for a more intimate, connected experience. Views of the iconic Bellagio fountains take this dining experience to the next level and make this one of the best restaurants in Vegas.

Las Vegas is known for a lot of things, including delicious cuisine. The city is home to plenty of celebrity chefs eager to share their talents. From top Vegas restaurants overlooking the Strip to tables right in the midst of the magic of the kitchen, an experience in a celebrity chef restaurant can’t be found anywhere else.