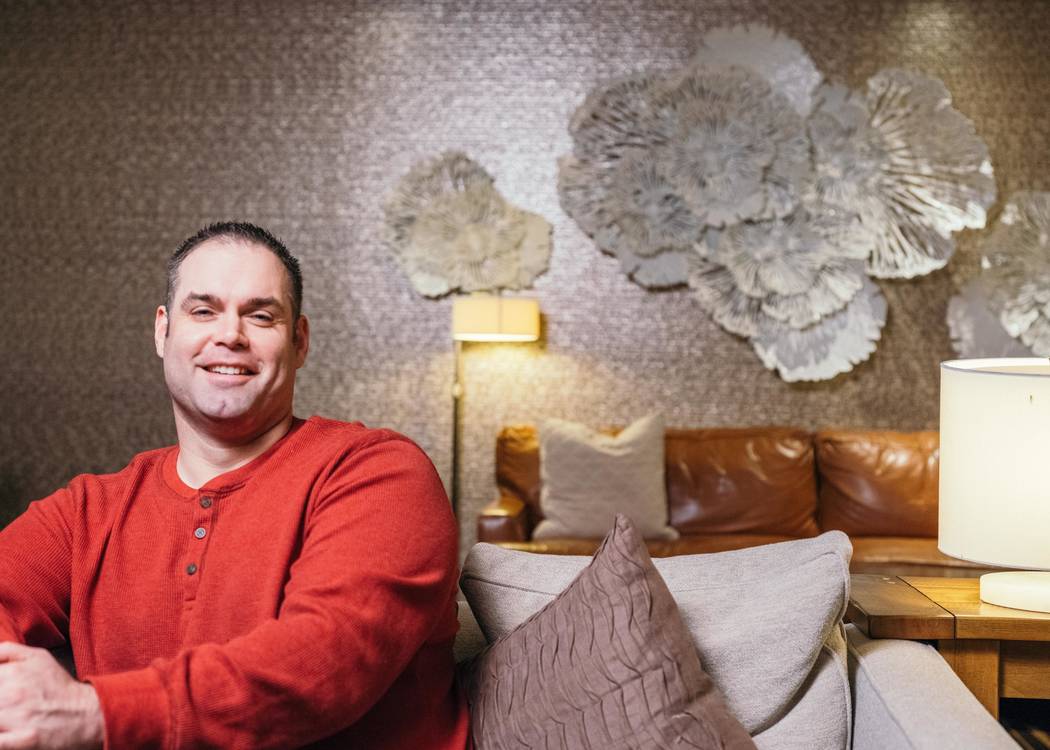 Lance Baker started his bartending career in Northern California, but there is no better place than Las Vegas for men and women in his industry. So in 2013, after frequently visiting the Entertainment Capital of the World for bartending competitions and conventions, he moved to Southern Nevada for a change in scenery and professional advancement. Four years later, he is now a proud homeowner at One Las Vegas, the twin 20-story condominium towers on the south end of Las Vegas Boulevard.

“I never in a million years thought I would live in a high-rise community, mainly because I’ve always believed the lifestyle came attached with a steep price tag,” Baker said. “About a year after moving to Vegas, I started renting at One Las Vegas. Last summer, I convinced my mom, Susan, to join me here where she could have a better quality of life that was also more affordable. In October, we purchased a two-bedroom residence at One Las Vegas that overlooks the beautiful Red Rock Canyon.”

Baker’s reasons for falling in love with the community include minimal upkeep compared with a single-family home, the community’s state-of-the-art, two-story fitness center, full-service concierge, accessibility and proximity to Interstate 15 and major freeways, and top-level security.

“Since my job demands working crazy hours around the clock, I truly appreciate knowing my mom and our home are safe, thanks to One Las Vegas’ 24-hour community security. The concierge team is so friendly, and I love that I never have to worry about my mail being misplaced or stolen. And, even though we live at the south end of Las Vegas Boulevard, I can easily hop on the I-15 and be at work on the Strip in less than 20 minutes,” Baker said.

Baker also shared that the lifestyle events curated by lifestyle director Evelyn Connors was a major selling point for his mom, who is retired and enjoys participating in social gatherings and fun group activities.

“When I told her about the community’s great wine and cheese nights for residents, she was sold,” Baker said. “We have since attended a few of the lifestyle events where we’ve gotten to know our amazing neighbors. It’s refreshing to have such a strong sense of community and a built-in social network here.”

Baker buys groceries at Smith’s grocery store across the street and enjoys going to Steiner’s Pub for breakfast. He also likes being within walking distance to a Starbucks, his bank and a short Uber drive from local casinos such as South Point and Silverton. Baker and his mom also enjoy knowing the new NFL Raiders stadium is taking shape nearby, yet another reason to move to Vegas.

“California has many professional teams, but there were none in our hometown of Chico, so we are excited to be able to cheer on the NFL Raiders, who will soon call Vegas home. Everyone at work says I’m crazy for buying a high-rise home because they think it costs an arm and a leg. But when I share with them my utility costs and that I don’t even pay for things like cable or internet because it’s included, they are speechless. I tell my friends they should look into buying a home at One Las Vegas before it’s too late.”