The growth our community has experienced throughout 2018 has been astonishing. With all of the advancements made, Las Vegas will most definitely see a rise in employment, housing opportunities, and tourism. There have been several changes within our community this year and locals are elated that each new project Las Vegas has completed will eventually lead to the betterment of our already great city. Read on to see why this was the year of Las Vegas development (and why 2019 is sure to be even better!).

One of the best things about living in Las Vegas is being part of the growing and thriving community. Many people only associate our city with casinos and hotels, but we know there is much more to Vegas than that! With new parks, expanding businesses, and updates to infrastructure, being a resident of Las Vegas gets better and better every day.

This year, Amazon announced they will be building their fourth Amazon fulfillment center in Southern Nevada. Projected to open in 2019, the over 800,000-square-foot facility will be located in North Las Vegas and will generate at least 1,000 full-time jobs, including benefit packages and up to 20 weeks of paid parental leave for growing families.

Sharing a home with the Amazon fulfillment center will be the 714,000-square-foot Sephora Warehouse and office space for Sephora employees. The warehouse is expected to generate around 400 careers for the Valley and will serve as a distribution center for retail locations and direct shipping to Sephora customers.

This year, UNLV has begun working on the first piece of this one-of-a-kind park, which will eventually be a 122-acre area that will house research growth and technology developments. Located near Sunset Rd. and Durango Dr., Harry Reid and Technology Park will support innovators and entrepreneurs who plan to bring new ideas to advance and diversify our communities.

Most residents have been affected by the construction of Project Neon this year, but all the traffic hassle will be worth it upon completion. Project Neon has become the largest public works project in Nevada as it’s widening 3.7 miles of I-15 and expanding the Spaghetti Bowl interchanges in Downtown Las Vegas. Seeing 300,000 vehicles a day and 25,000 lane changes each hour, Project Neon plans to improve safety, reduce freeway congestion and delays, and provide more logistical surface street connections. 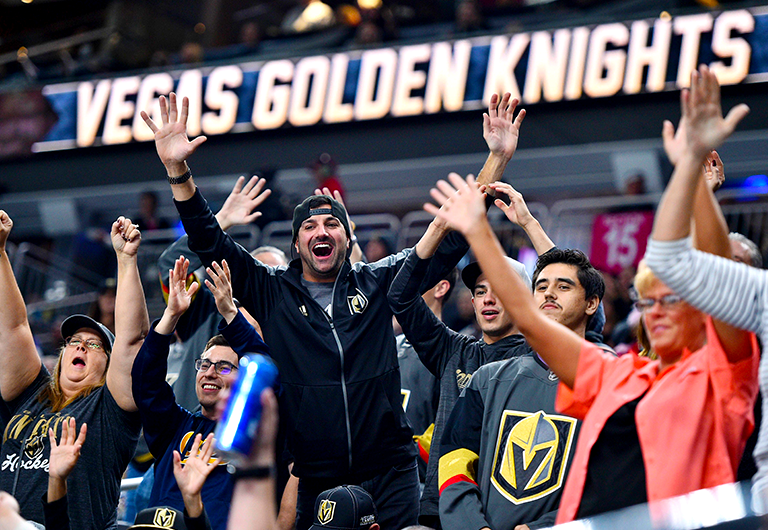 As far as 2018 goes, Las Vegas sports have been the talk of the town. Between the progress of the Raiders stadium, the move for the WNBA Aces, the construction of the new Las Vegas 51’s ballpark, the Las Vegas Lights soccer team, and the inaugural season of the Golden Knights, Sin City has become more than just sports betting – it’s now Win City and a sports team hub!

Fan or not, everyone cheered on the Las Vegas Golden Knights and our Las Vegas Cinderella story as they made national headlines week after week, breaking several NHL records, ultimately making it to face off with the Washington Capitals in the Stanley Cup finals. The Knights weren’t able to pull off the win, but the fight the Knights put up during their 2017-2018 season gave Las Vegas pride for its first professional sports team.

Finally getting a “stadium bowl look”, construction workers blasted the grounds with dynamite while plans of the appearance for the Las Vegas Raiders stadium began to surface to the Las Vegas public.

The Las Vegas Aces ended their inaugural 2018 season 14-20, placing 9th in the league. The move to Las Vegas has proved to be a vast improvement compared to their 8-win season previously in San Antonio. The strong roster has the team poised for success in the coming years.

The Las Vegas 51’s played their last season in Cashman Field this season, anticipating an extreme upgrade in Downtown Summerlin. Boasting a 10,000-fan capacity stadium, the 51’s are expected to play on the brand-new field in the 2019 season.

The Las Vegas Lights FC may have started their inaugural 2018 season with a 8-19-7 record, but because they were playing at the retired Cashman Field, high hopes are in the air for the Lights as they will follow the 51’s in the new, Downtown Summerlin Stadium in 2019. 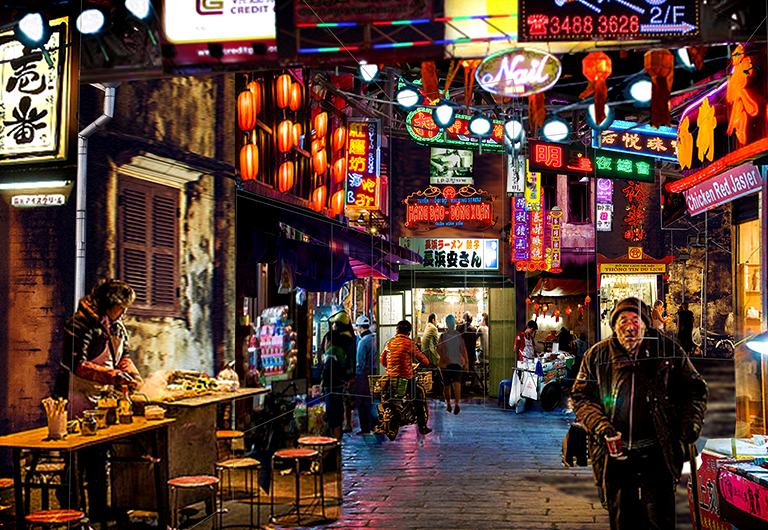 Just because we aren’t tourists doesn’t mean we can’t enjoy one of the main reasons we get visitors in our area. There is a great amount of new Las Vegas development from 2018 and exciting attractions to look forward to in the near future – and being a resident means you get first dibs on these new experiences.

Jane’s Addiction front man and Lollapalooza co-founder, Perry Farrell, has announced his one-of-a-kind project located on The Linq Promenade called Kind Heaven. Kind Heaven is scheduled to be opening in 2019 and will offer a Southeast Asian culture of music, food, and fashion with a little “danger”, “exoticism”, and “mystery”. This spiritual smorgasbord will be family-friendly during the day but open up to adults-only at night. This unusual venture will be a 100,000-square-foot, $100 million, multi-floor venue will don several Asian culture experiences and will use only wristbands loaded with Yala Coin cryptocurrency to buy goods and services.

Located between Sunset Rd. and Durango Dr. will be a new entertainment center called The Bend, which will include a movie theater, local restaurants, office space, and a shopping plaza. Ground has been broken this year and will have plans of opening in the late fall of 2019.

If you think Las Vegas 2018 was an exciting year, we’re just getting started! Much of the Las Vegas development was just the beginning of all the new, exciting things to happen to our city. As a resident of Las Vegas, you get to be first in line to enjoy all of the city’s accomplishments and expansions. Not a resident yet? What are you waiting for? Get your own little piece of Las Vegas to be part of the excitement! Who knows what big things Las Vegas 2019 has to offer?