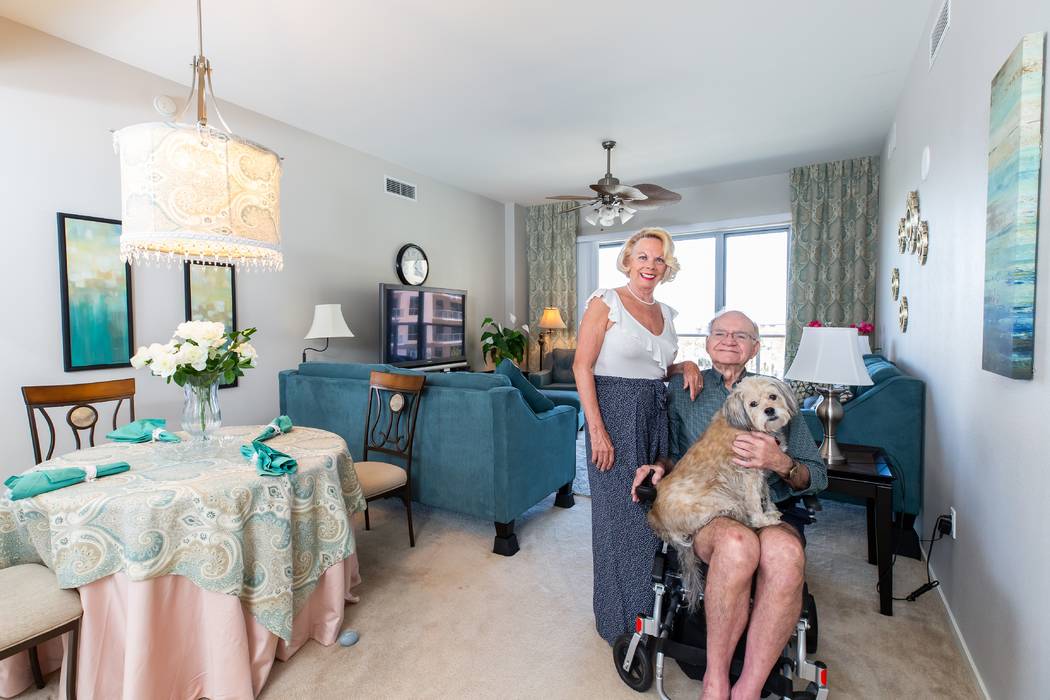 Montana has always been home for Lee and Diana Lewis, but for decades, cold winters have driven them to coastal destinations, including cities in Mexico and Florida, where they enjoyed the sunshine and warmer temperatures.

Last fall, while spending time with their daughter and her growing family in Las Vegas, they formed an unexpected attachment to the city and its unparalleled offerings. Their curiosity for living in the valley led them directly to One Las Vegas, the high-rise, twin-tower condominium community on the south end of Las Vegas Boulevard.

“We came to Las Vegas in October and were greeted with some of the best weather we’ve ever experienced. After a few weeks of enjoying our time here, we knew we’d be remiss not to look at homes, especially since it’s such an opportune time to invest in real estate,” Diana Lewis said.

“My husband is confined to a wheelchair, so we initially thought we would be limited to assisted living communities, but when we saw One Las Vegas, we knew we had found just that — ‘the one.’”

The Lewises had a list of needs the community easily met, including elevators for easy wheelchair accessibility, a sense of security and even a dog park for their four-legged companion, Daisy.

The couple also fell in love with the picturesque mountain views from their two-bedroom residence and the 24-hour full-service concierge, which they use frequently for grocery deliveries and dinners, brought right to their front door.

“We still have a second home in Montana that we visit often, and thanks to One Las Vegas’ lock-and-leave lifestyle, we rest assured knowing our belongings will be exactly as we left them, no matter how long we’ve been gone,” Diana Lewis said.

The couple also shared their joy in being surrounded by neighbors who are of all backgrounds and ages.

“We’ve lived in 55-plus communities for so long, so living in a community with not only folks our age but also much younger residents has been so refreshing and fun. And we love the resident programming hosted by One’s lifestyle director, Evelyn Connors,” Diana Lewis said. “I recently participated in a game night where I met other ‘pool sharks,’ and next thing I knew, we were gathered around the pool table in PLAY, the community’s sports lounge, having the time of our lives.”