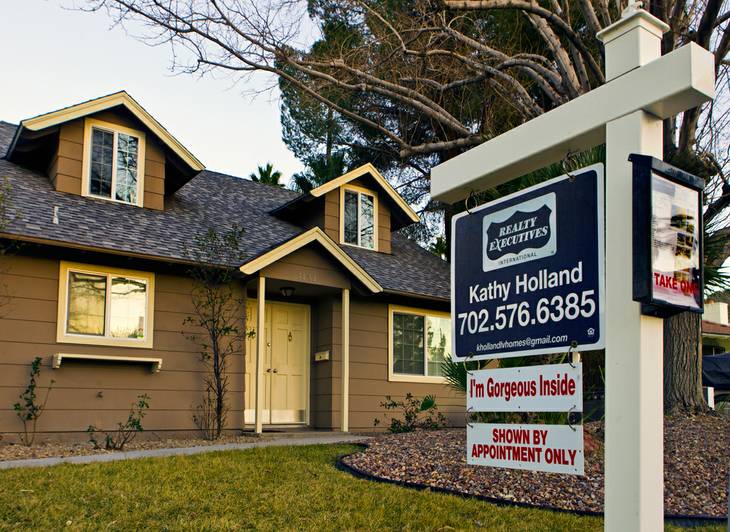 The National Association of Realtors on Wednesday predicted the Las Vegas housing market would likely overperform over the next several years, contradicting a recent report from a national real estate listing website.

Las Vegas was listed as one of 10 U.S. markets expected to show strength during the next three to five years.

The report specifically cited predicted strong job growth and continued population growth in Las Vegas over the next several years.

The report contradicts a Dec. 4 report by Realtor.com that predicted home prices would decline in a quarter of the top 100 housing markets in the nation next year, including Las Vegas. Realtor.com projects home prices in Southern Nevada will drop by about 1% next year.

The Greater Las Vegas Association of Realtors has also disputed the Realtor.com forecast.

Incoming 2020 GLVAR President Tom Blanchard said the National Association of Realtors report lines up better with where he thinks the Las Vegas housing market is headed.

“It confirms my thoughts regarding the Realtor.com forecast that was being circulated a week or so ago,” Blanchard said Wednesday.

“The Realtor.com forecast didn’t make sense to me,” he said. “The Las Vegas market shows all signs to continue steady sustainable growth through 2020.”

Zillow economists said they don’t expect the U.S. economy to fall into recession in 2020.

Cheryl Young, a senior economist for Zillow, said she expects home prices in Las Vegas to expand at a modest rate next year.

“Price growth will be slow, but positive,” Young said. “This past year was a year of transition for the Las Vegas metro. An infusion of supply helped to temper the hot home value growth in recent years.”

GLVAR’s November report showed the median price for a home in the Las Vegas area was $307,000, unchanged from the association’s October figure and up just over 4% from November 2018.

Along with Las Vegas, the other nine metro housing markets the National Association of Realtors predicted will overperform in the next three to five years are Dallas-Fort Worth; Columbus, Ohio; Charleston, S.C.; Charlotte, N.C.; Ogden, Utah; Raleigh-Durham, N.C.; Tampa, Fla.; and the Colorado cities of Fort Collins and Colorado Springs.