One Las Vegas is Fannie Mae-Approved 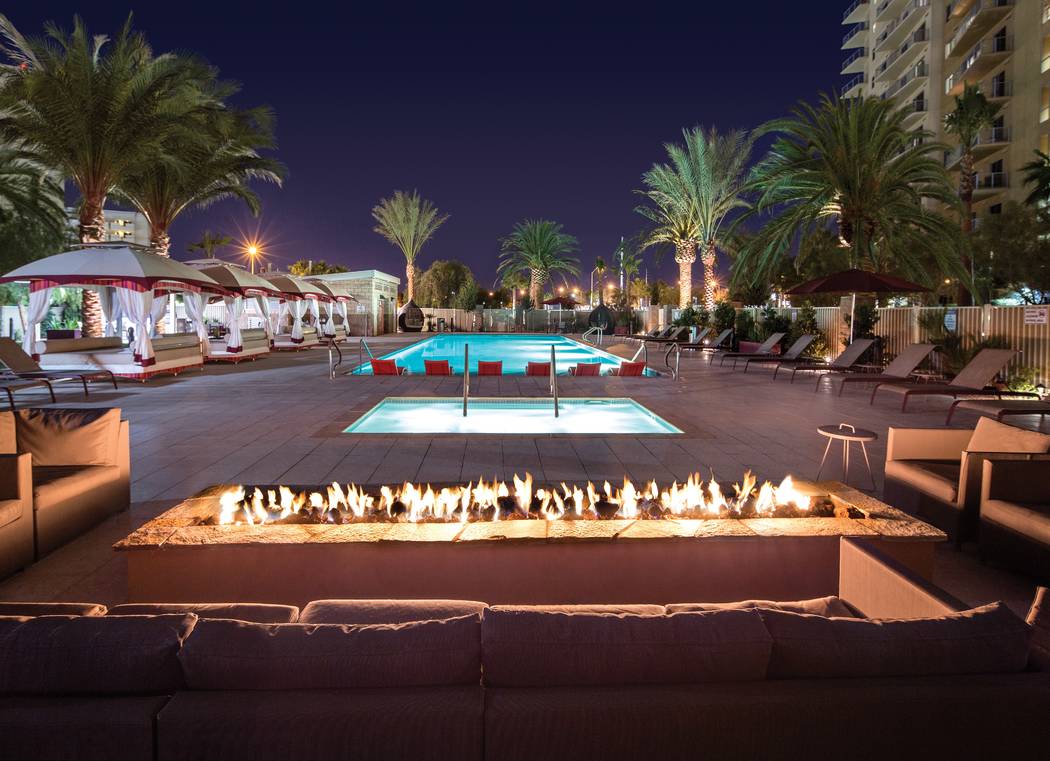 One Las Vegas, the twin, 20-story condominium tower on the south end of Las Vegas Boulevard at 8255 S. Las Vegas Blvd., has received approval from Fannie Mae to offer financing options as low as 3 percent down for eligible primary homebuyers. An open house to explain the benefits of the new financing program and showcase the community is set for May 20 from noon to 5 p.m. The event is free and open to the public.

One Las Vegas is only the second condominium community in Las Vegas since 2008 to obtain Fannie Mae PERS (Project Eligibility Review Service) final project approval. The Ogden, an iconic 21-story, high-rise condominium tower in downtown Las Vegas, was the first condo project since 2008 to receive Fannie Mae approval. The Ogden and One Las Vegas are owned by DK Las Vegas, a partnership with KRE Capital LLC and Dune Real Estate Partners, which purchased in 2013 a portfolio of Las Vegas properties that included The Ogden and One Las Vegas.

In addition to Fannie Mae approval, One Las Vegas offers buyers Veterans Affairs-guaranteed mortgages that provide eligible homebuyers with up to 100 percent financing.

With more than 72 percent of residences sold at One Las Vegas and Fannie Mae financing now available, qualified buyers have the opportunity to finance up to 97 percent of their purchase for first-time buyers, 95 percent for primary residences, and 10 percent for second homes. Investor buyers can purchase with as low as 15 percent down. Previously, condo mortgages were typically adjustable-rate mortgages at higher interest rates, so with Fannie Mae approval, One Las Vegas buyers can now enjoy today’s low rates on 30- and 15-year fixed-rate mortgages.

According to Uri Vaknin, a partner at KRE Capital LLC, Fannie Mae approval could not have come at a more perfect time, considering the uptick in interest rates and rising home prices due to reduced inventory created by the demand to live in Southern Nevada, which offers affordability, access to the Strip’s world-class amenities, a favorable tax environment and moderate year-round climate.

“Smart buyers want to buy now to take advantage of today’s still historically low interest rates and prices that are still affordable, particularly in relation to home prices in California, driving strong in-migration from the Golden State to the Silver State,” Vaknin said. “Sales are strong at One Las Vegas, and with access to Fannie Mae financing, buyers have even greater opportunity to purchase with unprecedented low down payments, expanding the reality of homeownership for more people who otherwise could only dream of buying a home.”

According to Vaknin, bringing attainable mortgage financing back to the Las Vegas condo market was his foremost goal upon acquiring his company’s Las Vegas portfolio. For many years, condo buyers in Las Vegas had to either pay cash or make a down payment of as much as 50 percent of the purchase price. Banks were not willing to finance condo purchases.

One Las Vegas was guided through the complex Fannie Mae approval process by its preferred lender, The Federal Savings Bank.

“Fannie Mae approval is not just a significant milestone for One Las Vegas. It shows the country that Vegas is really back. The Federal Savings Bank is proud to be assisting more Las Vegas homebuyers achieve the American dream of homeownership. Fannie Mae approval is the game-changer in making that happen,” said Steve Calk, chairman and CEO of The Federal Savings Bank.

Qualifying for Fannie Mae approval requires a track record of sales success, a strong homeowners association with significant reserves, credible ownership that is proven in its financial and management commitment to the property, a low percentage of investor-rented condos, lack of foreclosures and a strategic sales and marketing plan, according to Calk.

“These factors and others are carefully reviewed to ensure qualifying properties are well positioned for continued success with the expansion of financing options,” he said.

One Las Vegas homes range from 1,252 square feet to 2,857 square feet and priced from the high $200,000s, with many floor plans offering views of the mountains and the Strip. A penthouse, offering 3,000 square feet of sweeping views, is priced at $1.1 million. One Las Vegas’ resort-style lifestyle is created by an abundance of first-rate amenities, including a resort pool deck, tennis courts, a state-of-the-art fitness center, massage rooms, event space, a sports lounge, a movie theatre, a co-op business center, a conference room, a library and dog parks.

Located in close proximity to the T-Mobile Arena and the planned NFL Raiders stadium, One Las Vegas has directly benefited from the city’s infusion of professional sports. Since the announcement of the Raiders’ move to Las Vegas, monthly sales have more than doubled. Vaknin credits the “Raiders effect” in large part for the community’s success, citing several specific instances where buyers ultimately made the decision to purchase based on the arrival of an NFL team to the city.

“While the Raiders effect is strongest at One Las Vegas, which is closest to the stadium, we are feeling it everywhere throughout our Las Vegas portfolio,” Vaknin said. “The arrival of professional sports — hockey and football — is a game-changer for Las Vegas as the one element previously missing in our evolution as a world-class city.”