The Raiders sure do have a lot of eyes on them this NFL season, and for good reason! This team showed great improvement during the 2017 season. They gained the first ever female assistant coach and are just two short seasons away from having a new home in Las Vegas. Big things are happening for Raider Nation and Las Vegas could not be more excited for their arrival in 2020. We’re seeing success after success with the Raiders and it seems as though all this attention is only fueling their fire!

The Detroit Lions made their way west to practice against the Raiders for training camp. Training camp is a great way for the team to figure out what they’re excelling at and what needs improvement. Players have the opportunity to watch films from the practices to really see how they’re playing against another team.

So how’s the team looking? Quarterback Derek Carr is proving to pick up right where he left off last season, throwing sharp and accurately, particularly to wide receiver, Jordy Nelson. Offensive lineman Ian Silberman is also making waves with Coach Gruden during practice runs. Silberman has played several positions for the Raiders and Coach Gruden appreciates the fact that Silberman steps up and does what’s asked of him. Coach Gruden explains that Silberman may need to play emergency tight end or emergency guard or tackle and as of now, “he’s answered the bell in those areas.” 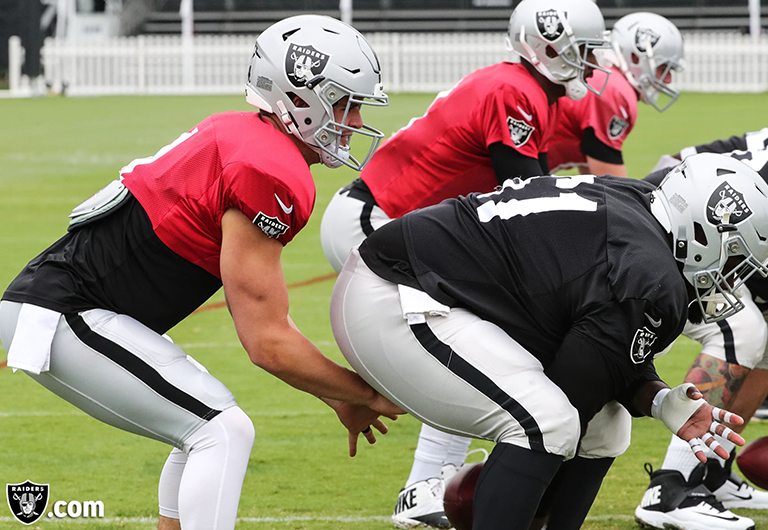 For avid football fans, Preseason can be just as exciting as the regular season. We can see how hard our teams have been practicing during the off-season and which new players will be added to the starter rosters. And on Week 1 of the 2018 Preseason, the Raiders did not disappoint! Not a lot can be judged during Preseason games because they’re mainly an opportunity to see how newer teammates truly play against real competition, but the Raiders still showed some promising signs that may lead to an exciting regular season.

Defensive tackle, PJ Hall, completed his first preseason sack and managed to knock down a pass by Matt Cassel. If he can keep up that momentum in the regular season, he will be a tough player against any offense. Connor Cook is also looking good by making smart decisions and successfully completing the only Raiders touchdown pass of the game. In the end, the Raiders came out on top, beating the Detroit Lions 16 – 10.

After nine seasons of broadcasting for ESPN’s Monday Night Football, Jon Gruden left to sign onto coaching for the Raiders, again, and it seems to be a good move for both Gruden and the team. Gruden’s larger than life personality most definitely brought an entertainment factor to Monday Night Football and now that personality is proving useful in the improvements of the players, including quarterback Derek Carr.

Carr is appreciative of Jon Gruden’s boldness because Carr always knows what is needed from him. Carr says, “it just makes an openness about our team, there’s no secrets .” Gruden is reported as having an old-school coaching style, which gets a laugh from the team but also gets his point across because it shows how passionate Gruden is about the sport. “I do not think there is one play in football history he has not seen” says Carr. With such an inspiring and dedicated coach on staff, Raiders fan are looking forward to see what Gruden will bring to the 2018 NFL season.

Another exciting thing for the Raiders is hiring the first ever female assistant coach, Kelsey Martinez. Martinez was a star softball player in Lindsborg, Kansas and received her Bachelor’s degree in Exercise Science from Colorado State University. Martinez’s journey was created by not limiting herself or making excuses. She’s holding herself up well in her male-dominated career and has gained the respect of the entire Raiders team.

Martinez is credited for making suggestions and knowing exactly what she’s talking about, which is exactly what a good coach should be doing. Players can trust what she says, making her no different from their male coaches on the business side of things. Kelsey Martinez is also blazing the trails for all girls and women who are also passionate about football. Male coaches with daughters have even thanked her for being an example to their daughters and showing them that they are capable of doing whatever they set their sights on.

All this Raider Nation attention has fans dancing around with ants in their pants, waiting for the first regular season game against the Los Angeles Rams at the Oakland Coliseum. That game takes place on Monday, September 10th at 7:20 PM (PDT). From there, the Raiders will be challenged by the Seattle Seahawks on Week 6 at the Wembley Stadium in London, face the San Francisco 49ers on Week 9 and battle the Arizona Cardinals on Week 11. Some of the tougher teams will be later in the season, so keep your eyes out to see if the Raiders have what it takes to make it to the NFL Championship at the end of the year.