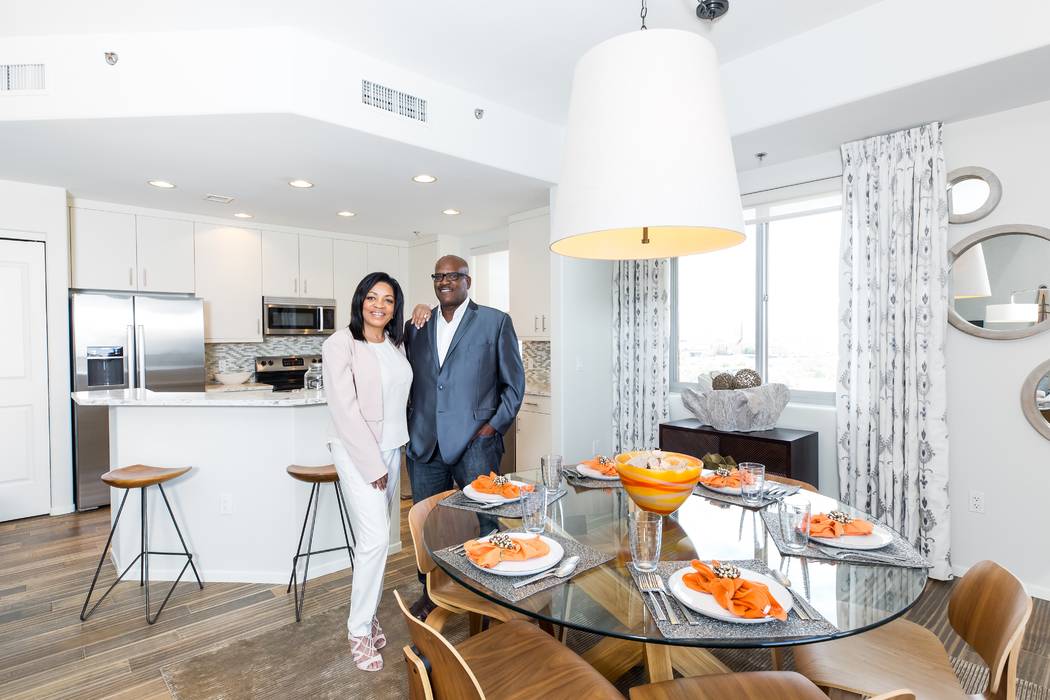 Marcellus and Pamela Jones, longtime Californians and loyal Raiders fans, always viewed Las Vegas as a vacation spot, frequenting the city so often, they owned a timeshare on the south end of the Strip.

“We actually watched One Las Vegas being built from the ground up years ago and then toyed with the idea of making Las Vegas our permanent residence, but Pamela wasn’t ready to make the move,” Marcellus Jones said. “But when retirement was on the horizon for us, I intentionally incorporated adding ‘local’ activities and experiences off-Strip into our visits to convince Pamela this was the place for us. And when the NFL Raiders announced their move to Las Vegas, we knew it was a sign. We had to act on our longtime dream and follow our team to the Entertainment Capital of the World. And while we always thought high-rise living was not for us, One Las Vegas proved us wrong at every turn.”

Although the couple started looking for a new home nearly two years ago, the two kept gravitating back to One Las Vegas because of the community’s all-inclusive, resort-inspired lifestyle and residences with panoramic views. The Joneses were impressed with the community’s thoughtful resident amenities, including friendly and full-service concierge, state-of-the-art, two-story fitness center, storage unit, garage parking and 24-hour security patrol.

“Not in a million years did I ever think we would be living in a high-rise, primarily because I always believed the price tag attached to owning a high-rise condominium was unaffordable,” Pamela Jones said. “But the cost of owning a home at One Las Vegas is full of value and relatively affordable, particularly in comparison to the cost of housing in California. In July, we purchased a spacious residence that overlooks the valley and more importantly, faces the stadium and future home of our No. 1 team, the Raiders!”

As a social worker, Pamela Jones actively contributed to the community’s healing, working with Oct. 1 shooting victims after the tragedy that struck the city a year ago. That profound experience bonded her to the city and further changed her thinking about Las Vegas.

“Like many, I viewed Las Vegas as a city best fit for those who like to gamble and party, but I can now happily admit there is so much more to this city than that. It’s a melting pot of culture and diversity, home to some of the best food and entertainment we’ve ever had the pleasure to experience and more importantly, it’s a city that has demonstrated great strength and sense of community. And now, with the addition of professional sports teams, like our own Raiders, Las Vegas offers even more. We couldn’t he more thrilled and proud to be homeowners at One Las Vegas,” Pamela Jones said.