Raiders Fans Put Down Roots at One Las Vegas 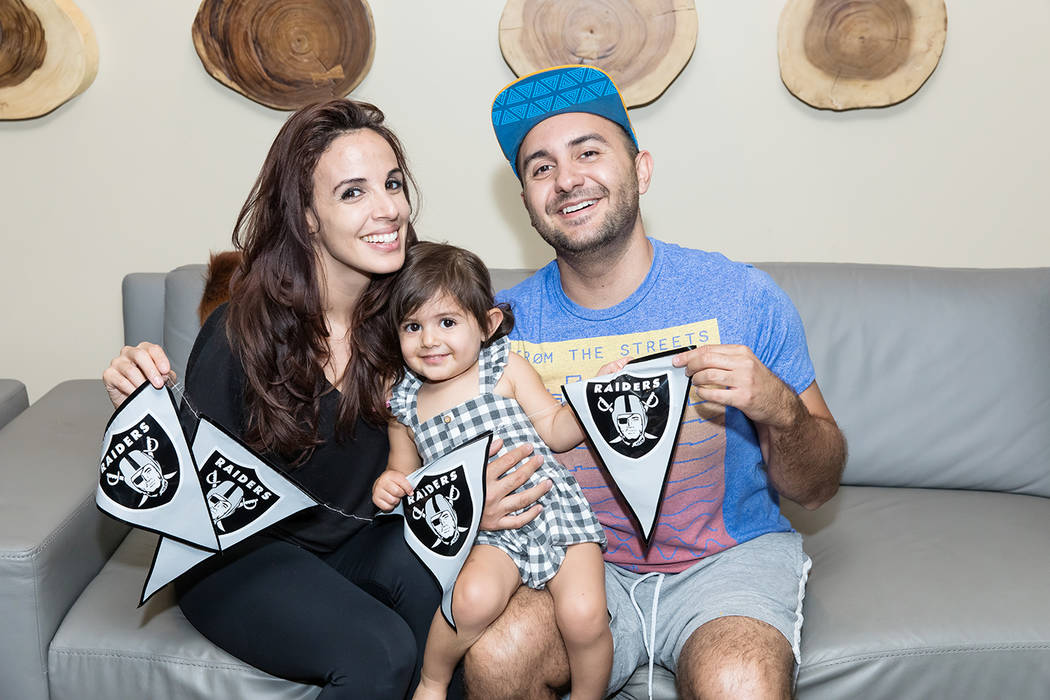 The year 2017 was a big one for Raiders fans. That’s the year the team announced its relocation to the Entertainment Capital of the World to become the Las Vegas Raiders beginning with the 2020 National Football League season.

For several residents of One Las Vegas, the twin-tower, high-rise condominium community on South Las Vegas Boulevard, located within just a few miles of Allegiant Stadium and home of the soon-to-be Las Vegas Raiders, the team’s move was their inspiration to make their own move to put down roots in Las Vegas.

Consider LaVena Ward-Fowler, a die-hard sports and Raiders fan who was one of the earliest to follow her team and her heart to Las Vegas. A Northern California native, Ward-Fowler sought a place that would offer affordability, quality of life and opportunity for a fresh start. And Las Vegas easily fit the bill.

“I always wanted to live in a high-rise community because of the lifestyle and amenities,’” Ward-Fowler said. “My dad was a huge Raiders fan, so there is no better way to honor his legacy than to follow his favorite team to Las Vegas. I did a lot of research online and browsed many websites that displayed beautiful high-rises across the valley, but One Las Vegas was the first and last place I saw.”

Ward-Fowler, who jokingly refers to herself as a “five-star woman,” enjoys the finer things in life and has a penchant for luxury, so when presented with One Las Vegas’ long list of amenities, she was blown away. Its state-of-the-art fitness center, theater room, massage rooms, full-service concierge and underground covered parking all topped the list of must-have amenities.

Bruce Cappelli, a lifelong Raiders fan, chose a top-floor One Las Vegas condominium for views of the nearby mountains and the Las Vegas Strip. Cappelli, who owned an advertising firm in Portland, Oregon for four decades, was drawn to Las Vegas for all the obvious reasons, but sought a home that was close enough to the action on the Strip to make it convenient, but far enough away to offer peace and quiet. He found all that at One Las Vegas, and today, also enjoys a view of Allegiant Stadium from his home in the sky — an added bonus that is almost impossible to put a value on.

“It’s the simple things that make a difference like having freshly brewed coffee offered in the lobby,” she said. “Everyone who works and lives here are so welcoming and friendly. And the location is wonderful, because I am just a short drive from great shopping, dining and only minutes from the future home of my favorite team.”

Lance Baker, a seasoned bartender, relocated from Northern California to Las Vegas in 2013, eventually moving into his dream home at One Las Vegas in 2017. He enjoys the walkability to everything he needs such as groceries, banking, neighborhood services and local casinos such as South Point and Silverton. He, too, was especially excited with news that the Raiders would be close to home.

“California has many professional teams, but there were none in my hometown of Chico, so I adopted the Raiders,” Baker said. “Having Allegiant Stadium nearby is a dream come true.”

Mixed martial arts fighter Justin McCully is no stranger to Las Vegas given that he visited the city often with his family as a young boy and was eventually recruited by UFC in the early 2000s to participate in a few fights and train some of their athletes.

McCully, who has lived most his life in California and most recently, Hawaii, is impressed by the strong and ongoing comeback of the city, and in particular, the growing sense of community and pride surrounding the addition of sports teams like the Vegas Golden Knights, Las Vegas Aces and the soon-to-be Las Vegas Raiders.

Former Reno resident Jon Schierling travels frequently for work and sought a home that met his changing needs. Proximity to freeways and the airport, low home maintenance, a warmer climate and an affordable cost of living all topped the list.

“I was blown away by my first impression of the One Las Vegas community,” he said. “I can’t say enough about the expansive 180-degree view from my balcony; the lock-and-leave lifestyle; and a long list of amenities that rival any luxury hotel resort. And with exciting developments like the Raiders soon to call the city home, it’s no wonder One Las Vegas is a popular spot.”

And finally, Las Vegas native Jannah Peterson discovered her dream home a few years ago at One Las Vegas.

“I grew up in Green Valley, graduated from Silverado High School and attended two years at College of Southern Nevada, so I can confidently say I know the ins and outs of this city. I always dreamt of living in a high-rise community, and after exploring several around town, nothing compared to the floor plans, luxury lifestyle and price points of One Las Vegas,” Peterson said.

“Recently, One Las Vegas organized a champagne toast for residents to celebrate the forthcoming arrival of The Raiders to Las Vegas, and it was a blast,” Peterson said. “The stadium is just a few miles away, another huge perk of living here. You could say the Raiders have given residents of One Las Vegas more reason to celebrate as a community, and we can’t wait for next year.”

One Las Vegas is close to Interstate 15, the 215 Beltway and just minutes from McCarran International Airport and is also in close proximity to the T-Mobile Arena and Allegiant Stadium. Town Square, just a few blocks north of the property, provides one-stop shopping and scores of dining and entertainment options right in the neighborhood.